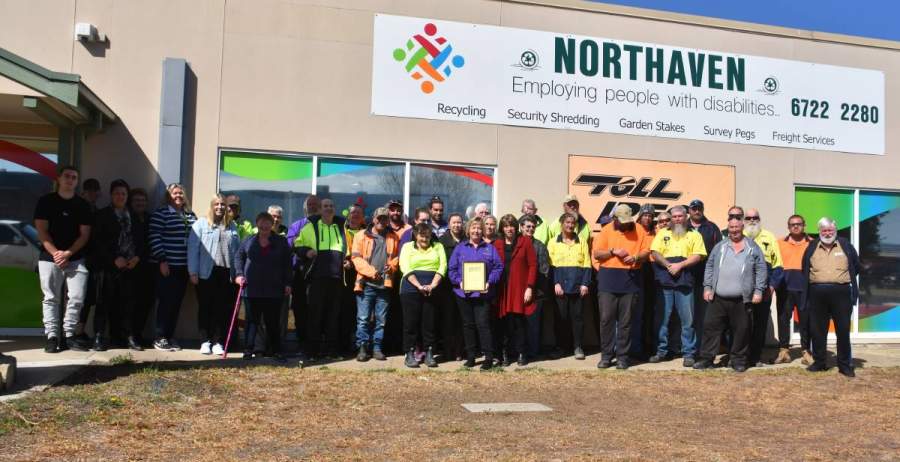 Inverell's Northaven disABILITY Service was honoured to receive the most outstanding regional disability service provider in Australasia at a recent 2019 Enablement Awards.

Held in Melbourne last Thursday, Northaven's general manager Wendy Hardman accepted the award on behalf of all clients, board members and staff.

The Enablement Awards were established to celebrate and reward excellence, innovation and exemplary achievements in the disability care sector.

Wendy said a mystery surrounded who it was that nominated Northaven disABILITY Service for the awards.

"Basically we got an email to say we had been nominated asking if we'd accept the nomination, not thinking a great deal of it I said yes.

"The following Monday we received another email saying we'd won the category and we were invited to accept the award in Melbourne."

Wendy said it was great to see a number of smaller organisations also received awards during the afternoon.

First starting in 1969, Northaven will celebrate its 50th anniversary as a vital Inverell service later this year.

From starting as a 'shelter workshop' held in a building at the showground, Northaven has certainly flourished and grown.

"The philosophy behind the awards is to give recognition to efforts to advance profitability, surplus outcomes for all participants and reward those who lift and advance via innovation the customer experience enjoyment outcome.

"That's us; that's what we strive to do, we are very client focused and we try to keep a family atmosphere," she said.

Board chair Peter Kearsey said it was thanks to the combined team effort of all wonderful clients, staff and board members working together that resulted in the winning of this prestigious award.